back to the future. 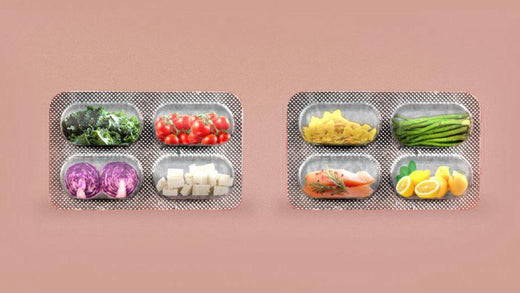 The Future Laboratory is one of the world’s most renowned futures consultancies. Here it casts its eye across all four corners to predict what we'll be eating, drinking and Instagramming in the future.

The pod revolution (aka "pod-novation") means the capsule delivery system pioneered by Nespresso will be hacked by more and more companies creating pods filled not just with coffee, but with liqueurs, syrups, natural bitters and juices.

More information, please. Diners of the future will be demanding more transparency about the food they're eating - to the point that nutritional information will be written on menus. Consider it a side-effect of the now-standard listing of ingredient provenance - which, incidentally, is here to stay. As Future Laboratory co-founder Chris Sanderson says, "As someone who eats out three times a week it would be so helpful." Increasingly, health-conscious diners will also want to see more portion control, which sounds like a win-win for restaurateurs.

Delivery-only dining. Established restaurateurs will be tapping into the growing home-delivery market by bypassing the traditional bricks-and-mortar operations (an early adopter: David Chang's Ando in New York City). "If you know the brand and trust the brand, that's really what they're delivering," says Sanderson. Also expect to see more emphasis on healthy versions of traditional takeaways as millennials struggle to balance their desire for healthier food with busy working lives.”

Low-alcohol booze is the new Negroni. Consumers' drinking habits are evolving to appreciate tipples with a lower alcohol content that offer a buzz without the same risk of a hangover. Bold Shim Gin, soon to be released by Four Pillars, the Healesville-based Future Laboratory darlings, has a regular alcohol content of about 42 per cent but is designed to be poured in only 15ml measures with 100ml soda, creating a sparkling drink with an alcohol content of about seven per cent. Good old hardcore whisky, on the other hand, will continue to boom.

Healthy hedonism is on the rise. Organic alcohol, juices, teas and sodas are keeping company with, and collectively taking the guilt out of, the cocktail scene.

Coffee is riding the wave created, in part, by a downturn in alcohol - revenue in the Australian café market is expected to increase by 6.9 per cent in 2016-17 to a staggering $5.5 billion. The ready-to-drink format is running interference, however: cold brew (otherwise known as - shock, horror - coffee in a can) is revolutionising the industry, with the quality difference between bottled and on-premises varieties set to disappear. "The idea is that we've become less fixated on the delivery system," says Sanderson. "Café culture is going mobile."