skip to content
7000+ reviews with an average 4.8 star rating 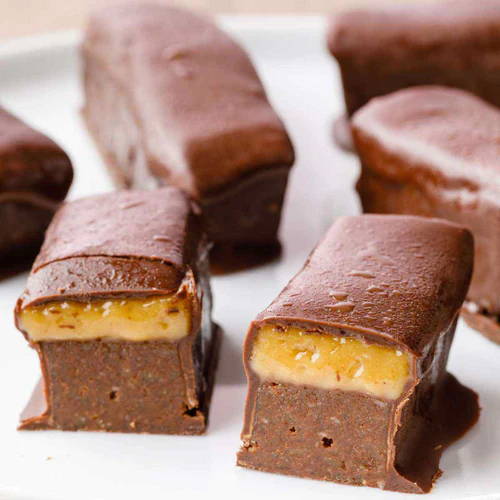 when it comes down to smashing chocolate cravings, it’s all about taste. We took flavour inspiration from three of our favourite sweet treats for a healthy riff on naughty food. The secret? Just add nuut. just as addictive as the original. just better for you.

1 scoop nuut (any blend you wish)

place nuts in a food processor and blend until smooth.

put in nutribullet and blend, adding rest of coconut oil as required until smooth.

stir in pinch of sea salt to taste.

store in a glass jar in the fridge.

with a spoon. straight from the jar.

blended in a smoothie.

on top of waffles or pancakes.

on pear or apple wedges.

as frosting on a cake.

between layers of a cake.

between layers of trifle.

in a chocolate cocktail. ditch the nasty stuff and trade-up your milky way bars with this equally sweet paleo version instead.

to make ‘marshmallow’ layer -  in a large metal mixing bowl, stir together ½ cup water and gelatin and let sit 10 minutes.

combine the water, 2 tablespoons maple syrup, and nuut in a small saucepan. bring to a boil.

use a hand mixer to beat the hot liquid into the gelatin mixture. keep beating on highest speed for about 10 minutes. try to beat as much air as possible into the mixture before the gelatin starts to set. (if you don’t, it will turn to jelly!)) beat until peaks start to form. don’t over-beat or it will set up too quickly.

working quickly, spread mixture evenly in a standard-sized loaf pan and pop it in the freezer to set up (don’t let the marshmallows freeze).

to make the caramel - in a small saucepan, combine 1/2 cup maple syrup, almond butter, coconut cream, and salt. simmer for 10-15 minutes, stirring occasionally. let cool most of the way.

cut marshmallows into squares. place about 1/2 inch apart on a cookie sheet or large plate. spoon a dollop of caramel onto each square (you might have a little leftover caramel, never a bad thing). place in the freezer for 10 minutes.

drizzle with chocolate so it runs down the sides and encases the caramel. it might be a little messy, that’s ok. freeze until set. tastes just like the iconic flavour, but with a big dose of plant-based goodness.

450g pitted dates (if not moist, soak in warm water for 10 mins and drain)

place a large mixing bowl in the freezer to chill for 10 minutes.

in the meantime, add moist, pitted dates to a food processor and blitz until small bits remain. then add hot water a little at a time until it forms a thick paste. set aside.

without tipping the cans, scoop out the coconut cream from the cans of coconut cream, reserving the clear liquid for other uses. place in chilled mixing bowl.

using a mixer, whip until creamy and smooth. then add nuut, vanilla, almond milk, and half of the date paste. whip until fully incorporated.

taste and adjust flavours as needed. add nuts and fudge and stir to combine.

transfer mixture to a parchment-lined freezer-safe container and cover loosely with plastic wrap, then foil to help freeze.

you can take this out in a couple of hours for a chilled mousse-like ice cream. freeze overnight for a firmer ice cream.

set out for at least 20 minutes prior to scooping, and use a scoop warmed under hot water for a proper scoop.

keeps in the freezer for up to one week, but best when fresh.

looking for another healthy chocolate alternative?